Forgot your Password? RSS
Return to Index Read Responses
Autavia 1163T / "Siffert" Model *LINK*
In Response To: is it safe to assume... ()


Here is the one in my collection. Not exactly NOS or mint, but an honest example that I purchased from the original owner, who bought it new and wore it only on special occasions. [I guess we have all heard that line a few times.] 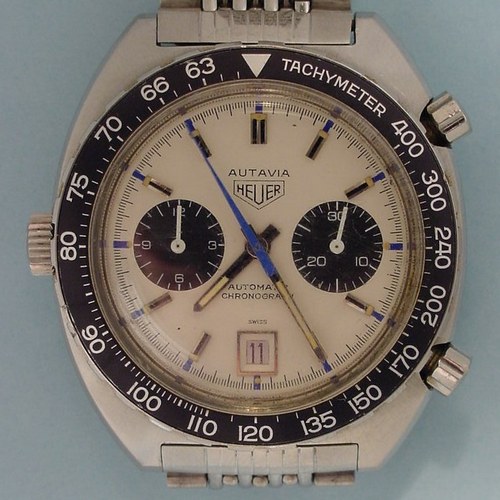 The link below will show you three versions of the 1163T . . . I would say that all the 1163Ts are rare . . . rarest of the three versions is the "Chronomatic" version, as worn by Jo Siffert.

: that the 1163t is a rare version? thanks for
: the response, btw. you don't happen to have
: one in your collection? or a pic? i can
: visualize what you described, but i'm better
: at pics than worded descriptions. also, i'm
: following your advice to take the
: description with a grain of salt.

ah ha! i think i have a beginners handle on it..