: Here's my posting, recapping the situation -- Shame on
: Christie’s — Using Photoshop to Hide Damage to a Rare Heuer
: Skipper .

: Thanks to Carlo and all the fantastic members of this community for
: trying to bring integrity to our market / community. 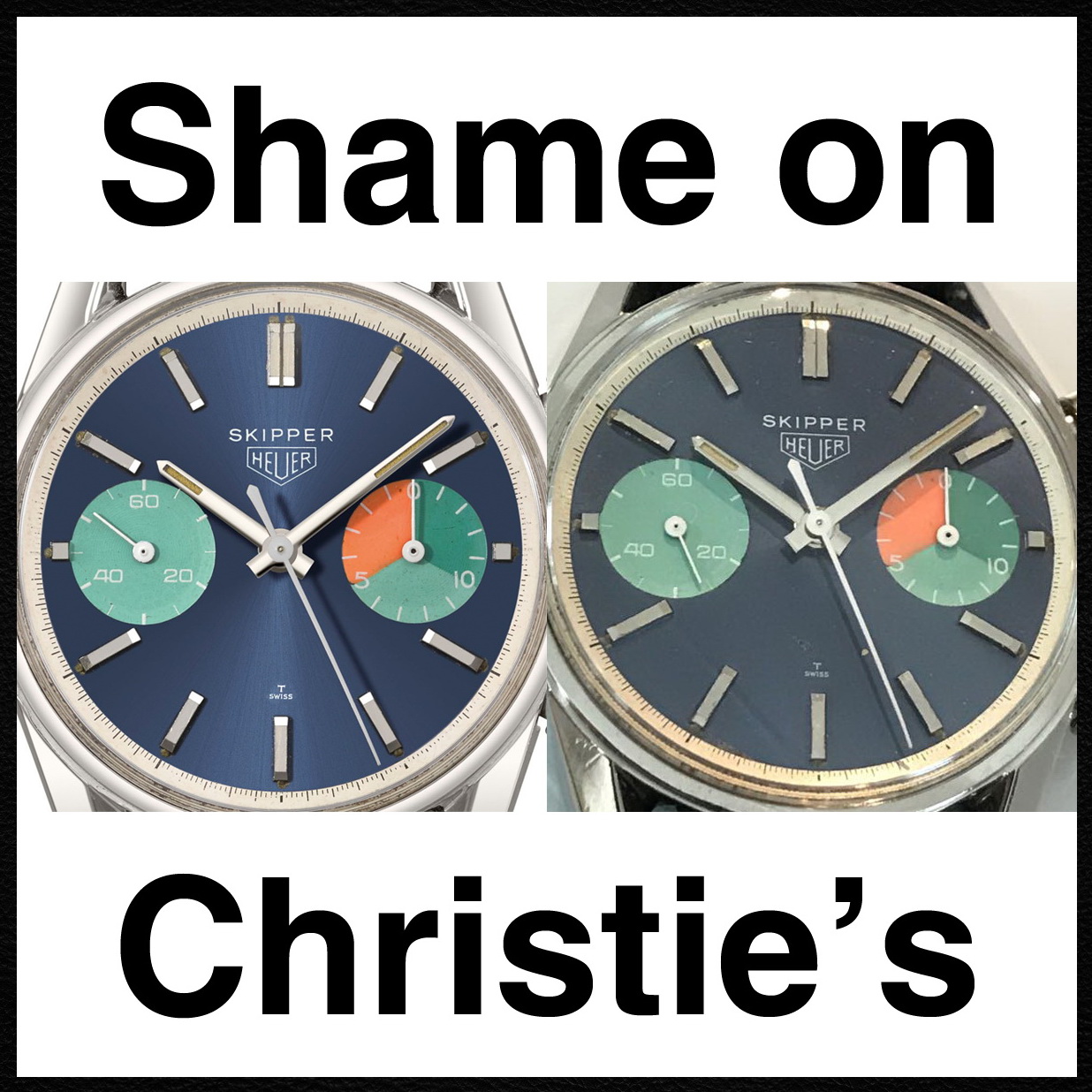 Having looked at the photos in the catalogue and the article, it looks to me as if the former may actually be of a different watch altogether rather than just being photoshopped. It does look a bit like the watch that was sold at Bonhams earlier in the year (on which I was the underbidder) as that one really was in immaculate condition. I haven’t compared the catalogue photo of the Bonhams one against the Christie’s one but it would be interesting to do so.