Forgot your Password? RSS
Return to Index
Results of Our Survey -- Favorite of the Monaco 50 LEs

Last week, on Instagram, we conducted a survey with the question -- "Which of the 50th Anniversary Limited Edition Monacos is your favorite?"

The results show an interesting pattern, with the green model depicting the 1970s receiving the most votes, followed by the red one for the 1980s and the gray one for the 1990s.

Voters seem to believe that the style and colors of the 1970s or 1980s do look best on the Monaco!! And people seemed to like the look of the 1990s model, even if not necessarily associating the look with any particular era.

We had approximately 50 readers cast their votes and we thank them for participating (and, in many instances, sharing their comments). 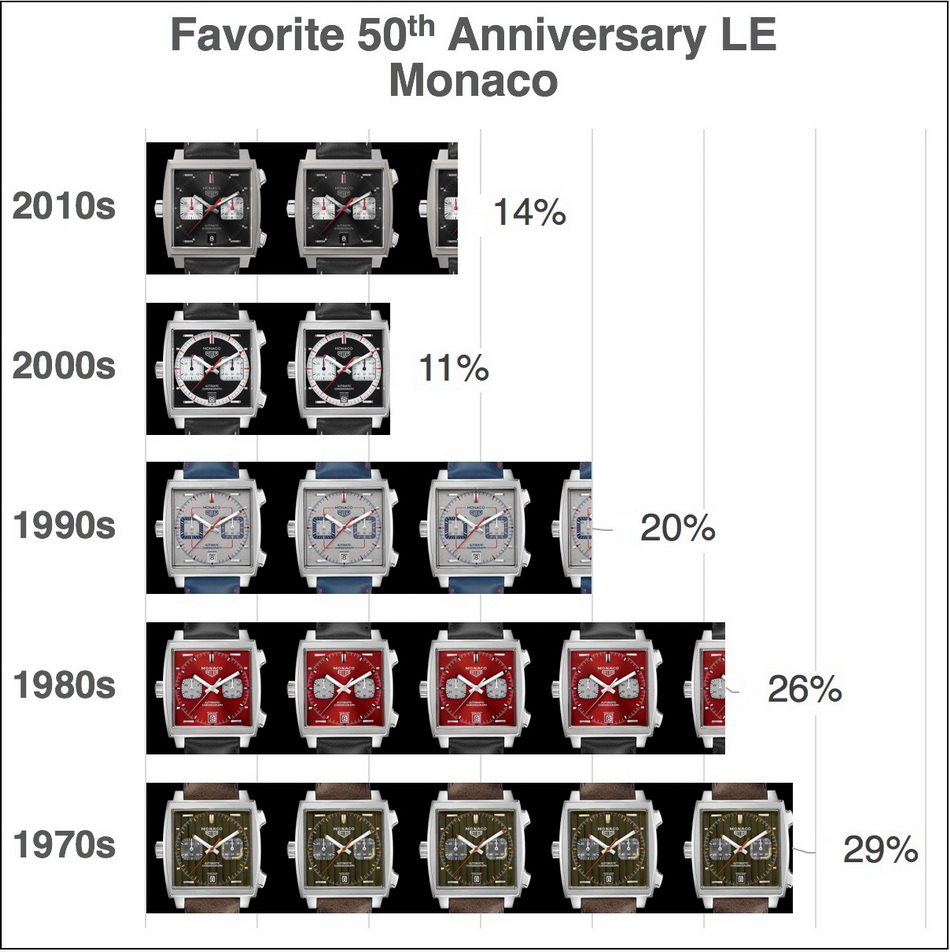