Forgot your Password? RSS
Return to Index Read Responses
This is a big rally timer and not really a watch, isn't it?
In Response To: unacceptable level of radiation. () 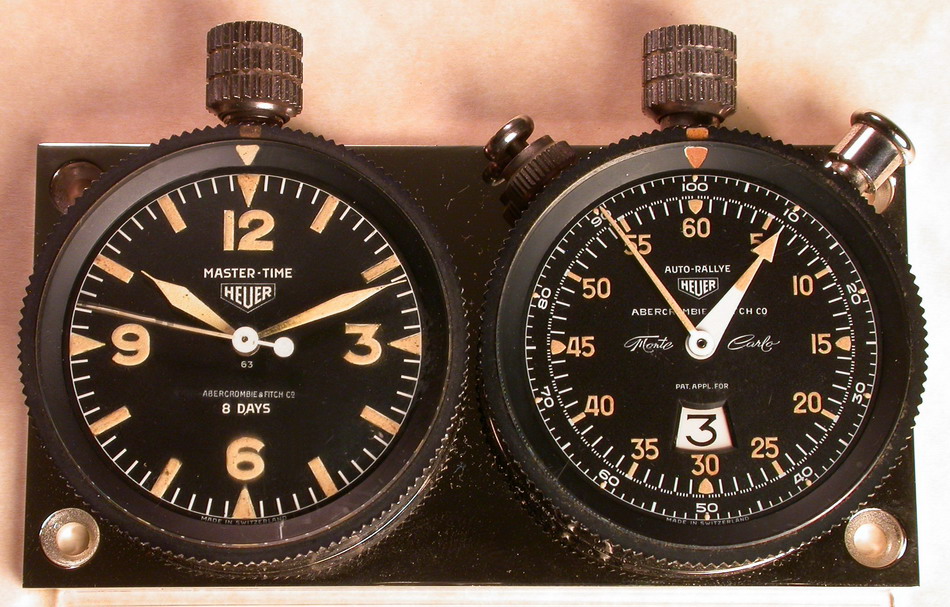 (image from the On the Dash Rally-Master section)

As a major government agency the Bureau of Customs and Border Protection likely have much better radiation screening equipment than you. Theirs might be sophisticated enough to detect for Alpha radiation as well as Beta and Gamma and probably also Bremsstrahlung ("breaking radiation" as X-Rays). And since there is so much lume on these dials compared to a wristwatch it might have set their alarms off, not to mention the exposed "12"/"60" triangles of lume on the bezels that are not covered by glass or plexi.

Also it's not just Tritium and Radium that are found on dials during the transitional period of the 1950s-60s but also Promethium (in theory a rapidly decaying photoluminescence exciter that shouldn't be that detectable now) and even Strontium 90, which found its way onto military instruments as an early replacement for Radium and is likely still detectable. If the dial manufacturer for Heuer rally clocks at this time were also making military aircraft instrument dials that could be the culprit.

So between the better radioactivity sensing equipment of US Customs and the massive lume content of the big, two dial Rally-Master, whatever its true composition, it may have simply failed the radiation test for clearance for flight transport. That's what it sounds like to me at least.

Your seller could try again and might get a different result. Who knows if someone was just being overzealous that day? Would be interesting to find out one way or the other, though, to see if this is a new import/export issue.
Best of luck,
T.

This is a big rally timer and not really a watch, isn't it?

Re: This is a big rally timer and not really a watch, isn't

Re: This is a big rally timer and not really a watch, isn't

Never Heard of That / Old Heuers are Radioactive

Re: Never Heard of That / Old Heuers are Radioactive