: The hands on my Autavia confirm that it's Friday, here on the
: eastern side of the US of A, and it's no surprise that I am
: wearing this one today.

: The basics as follows: Autavia Reference 1163 MH serial number
: 141241 Purchased in a store in Geneva, July 1969 Notice the
: white chronograph second hand and heavy red accents on the dial
: (as on the Chronomatics) Appears to be the same execution as the
: sample used in early advertising for Heuer's first automatic
: chronographs. Thanks for the fantastic reception that this one
: has received. Story to be told, sometime reasonably soon.

: Wishing everyone a great weekend. 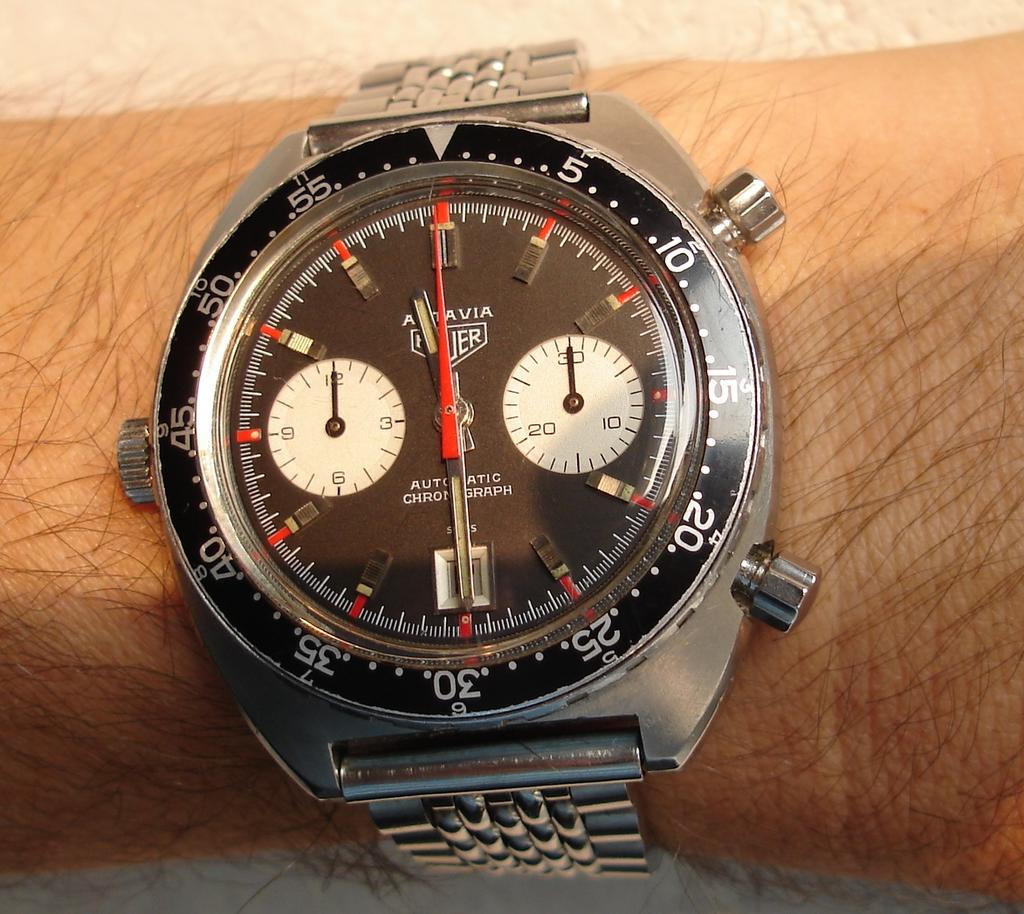 Thanks, Ralf / So Many Questions (and Answers)