Specifically Jeff as I know you're into some pocket goodness.

I picked up last week my first pocket watch last week, and my 12th Heuer of the collection and during my research found some confusing and conflicting info out there o thought I'd share what I appear to have found. I didn't see anything else covering this, so correct me if I'm wrong or repeating already known points.

The below is based on the illustrations in the catalogues primarily, but the differences are significant enough to how a clear change and photographed examples reflect those same changes.

Stewart (of Heuerville) was confused as to why there was two seemingly identical models, the 701 and 1101, with different model references, but from what I now see is that there are in fact different and it is all to do with small changes to the dial. Both for those two models and the later 11.101 model.

Here on OTD the photograph used for the reference 701 (here: http://www.onthedash.com/watch/reference-701/) is in fact I believe the 11.101, the same as mine. Sub dial positioning is the key I believe.

So the visual differences I noted between the models are as follows;

The biggest visual giveaway I think is the gap between the sub dials and the 60 and 30 second numerals on the outer scale.

Enough of my babbling, here's my 11.101. Any ideas on where to get a new sub dial hand would be welcome - I broke it when cleaning it up as it was severely rusted.

Anyone any ideas on the Swiss Cross and the numbers 5013 engraved on the back? 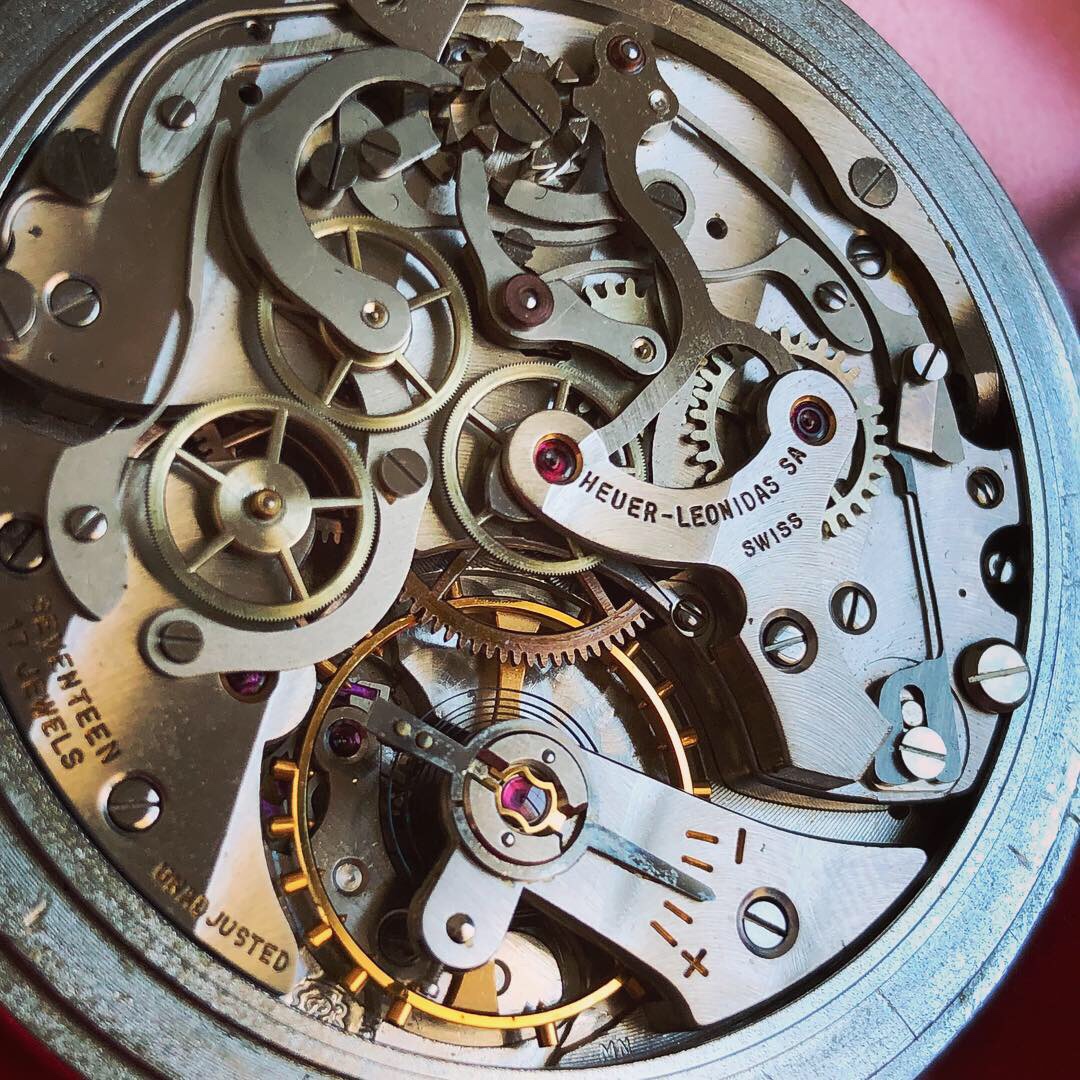