First the first time I've not been immediately bored by a Monaco re-edition. Not my cup of tea ever, even the vintage one (sorry guys, don't gather your stones but I'll never be a square-watch type!) but this time they seem to have tried harder and better. However there are some hits and some misses for my own taste.

What I do like:
- The dial, it's really unique and for once they've tried something new rather than the umpteenth iteration of the blue accents, as David points out at Calibre11.
- The script for the model name, with the serifs.
- The closed caseback - as should be the rule on all watches but the dressiest ones.

What I do not like:
- The easiest one: the pushers - why don't they simply move back to pump fluted pushers - so cool and so unique of the Heuer heritage? Hopefully there's a very good reason like there are some technical constraints, and of course I get it it would've meant redesigning the case at least on the pusher side, so cost increase.
- The fact that the hands lume colour does not seem to match the dial lume dial?
- The Heuer logo: it seems just wrong to me, not sure but serifs seem missing? Anyway the standard blue re-edition seems to have a nicer font!
- The movement: again, it would've implied a new case and there may be technical limitations - here I defer to our horology cognoscenti Abel et al - but as pointed out by dddmmm8, they now have a movement that has the 12-hour counter on the left and minutes counter on the right - and what a movement, unlike the one housed in here...

So overall not the "meh" reaction I thought I'd have, but neither the ground-breakind re-edition that would've changed the rules - unlike the new Autavia for example.
Cheers,
Fabrizio 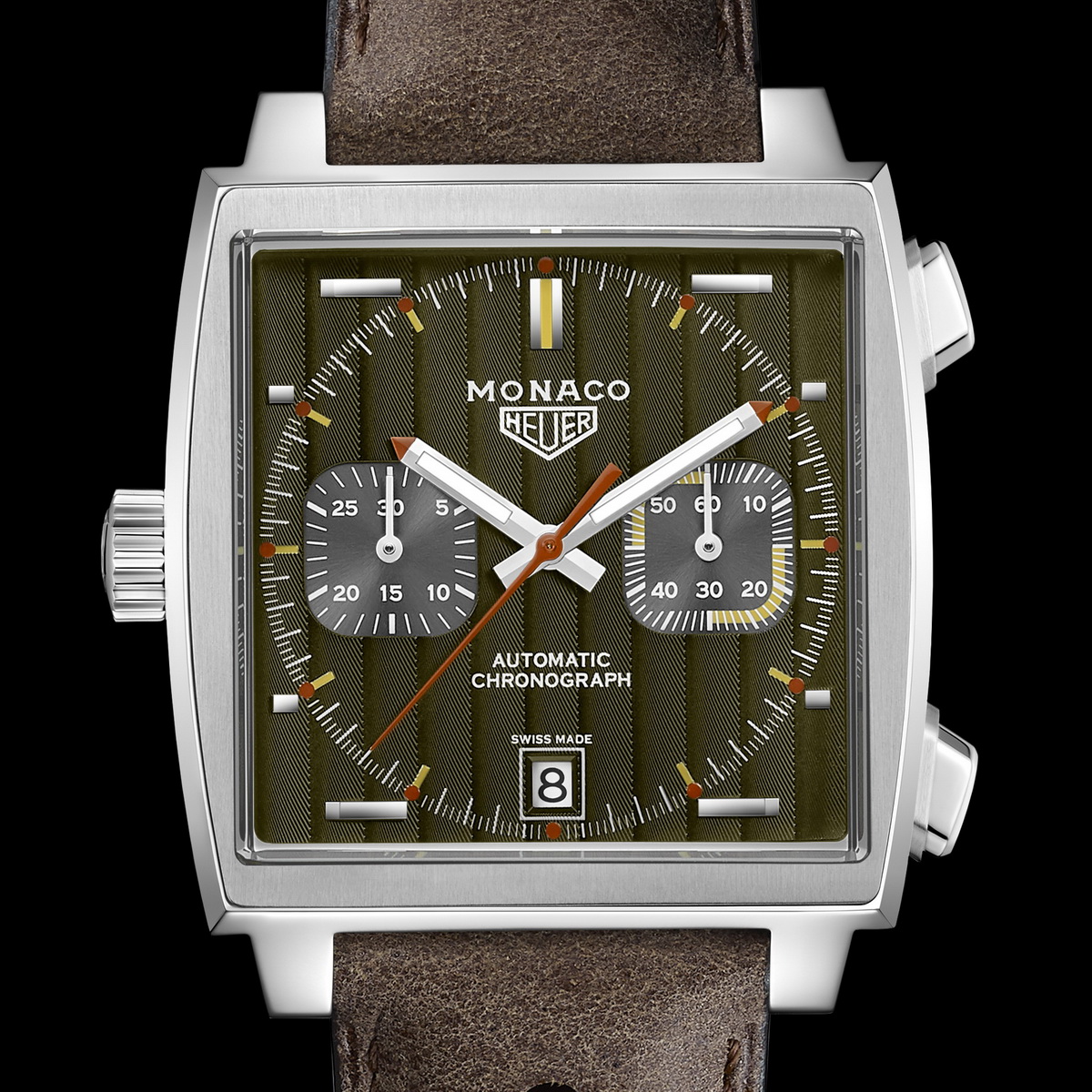 This was actually the best one
Pro's and con's
Re: Here's the First 50th Anniversary Monaco