Forgot your Password? RSS
Return to Index Read Responses
Assessment by John Cote (Professional Photographer)
In Response To: No, Your Eyes are Fine; It's the Photo That's F***ed Up ()

I asked our good friend John Cote, who is a professional collector and life-long watch collector, what was going on with this image, and here is his reply.

You asked for it...So, to me there are two problems with this image. There is the "slice" problem and then the typical crappy photography problem.

Regarding the slice problem, I have a sort of vague theory, which is partially related to the crappy image problem. The theory has to do with one of two relatively new digital photography techniques, which involve merging layers/multiple images together to make one enhanced image. These two techniques are called HDR (High Dynamic Range) and Focus Stacking. Both of these techniques involve making the camera take multiple images/layers, which are then combined to make an enhanced image. HDR simply involves making several images at different exposures, which are then combined to make an image with a broader range of tones from shadow to highlight so that the resulting image has more tonal detail/range. Focus stacking involves taking multiple images/layers at different focus settings...from close to far and combining them into one image so that the resulting image has greater depth of field/focus than is physically possible with a single normal image. There many positives and negatives to both of these techniques. In my theory the negative we see here is that when you combine the stack of images using either technique, the resulting stack must be in perfect register to get a good final image. Something is out of register in the above/Jarama image.

Now for the discussion of the second problem, crappy photography, which will be a bit of a rant about auction houses. Auction houses are for profit enterprises. Most of them have obviously decided that paying real photographers to take their pictures is too expensive. The accountants/bean counters, in their wisdom, have figured out that the balance between the outlay involved in paying for good photos is not profitable compared to having a low paid staffer snap half ass'd pictures. All of the pictures we have discussed lately seem to me to have been taken assembly line style using a commercial light box or tent with flat boring lighting. The way to put some "POP" back into these flat/lifeless assembly line images is with modern photo magic like HDR, Focus Stacking and heavy handed post processing in a mass-editing program like Adobe LightRoom. In theory, it should be possible to have a robot change out watches in a light box and trip a camera’s shutter then have the resulting batch of images be transferred automatically into a hot folder and processed. However, the reality, as evidenced by the auction house images we have seen of late, is that we just aren’t there yet. Assembly line images are just second rate and sometimes if things really go wrong, as in the Jarama picture…the images are just plain F…er…messed up.

On a side note, my employment history through stints in sales and sales management with such fortune 100 companies as Fuji Film, Heidelberger Druckmaschinen AG and HP has been a constant fight with the “bean counters”…but in the end, in our "for profit" world, the bean counters are usually right…even when they aren’t.

Huge thanks to John for this assessment.

: Yet another auction house playing with the images just a little
: too much. 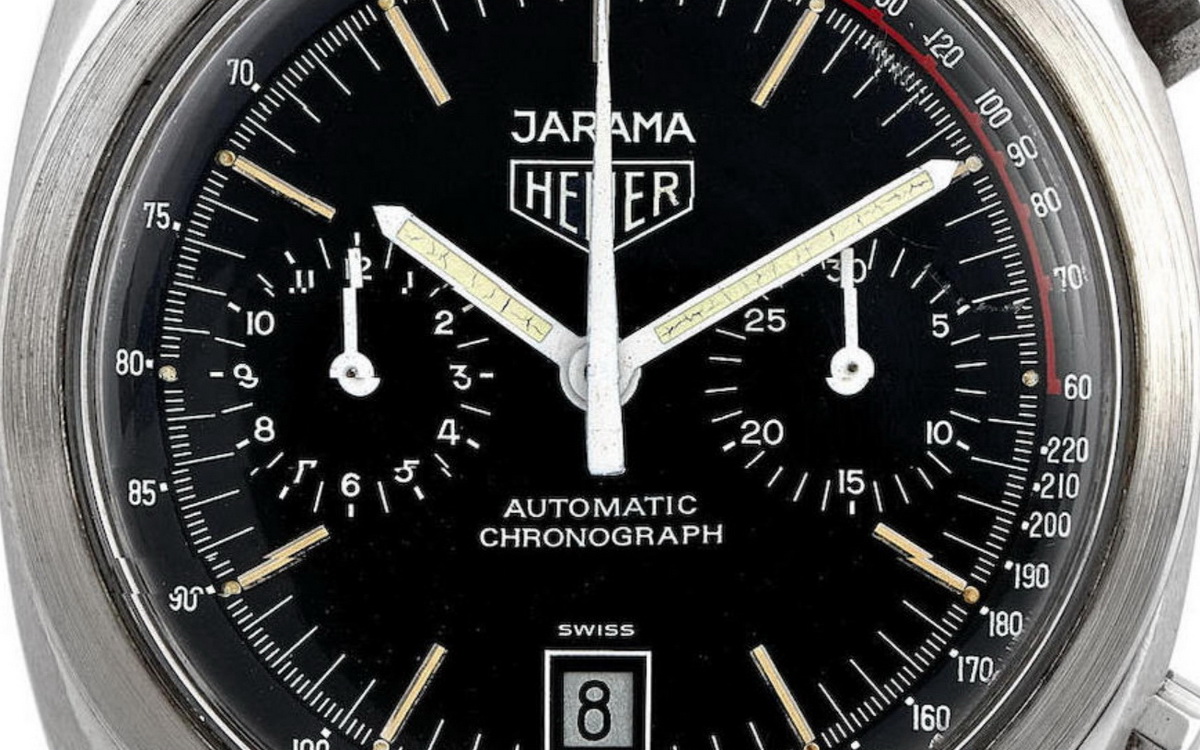 In Summary -- Careless, but Not Criminal

Re: In Summary -- Careless, but Not Criminal
Errare humanum est - diabolicum perseverare

There seem to be some real oddities here too?